Another Opening Another Show!

As some of you know, one of my goals for 2014 was a solo show of my art.  That happened in January.

Near the end of the month I was contacted by the Granite Area Arts Council to see if I would be interested in a show for 2015.  My answer???? ummmm YES!!  Then when we talked shortly after that, they asked if I could be ready for the show for April.  They had a cancellation.  My answer???? ummmm YES again.  So, with short notice, I'm headed off to Granite Falls, MN next week!

We will be installing the show April 3rd.
Opening Reception April 4th

Then I'm hanging out at the gallery for some of Saturday at their request.  Sounds like fun to me!  I'm really excited to have TWO solo shows and the first half of this year! Now I have to come up with some new goal for the last half of the year.  Probably something like completing a couple of the series I have in process.....THAT might be a good idea!

Anyway, here is the announcement of the show. 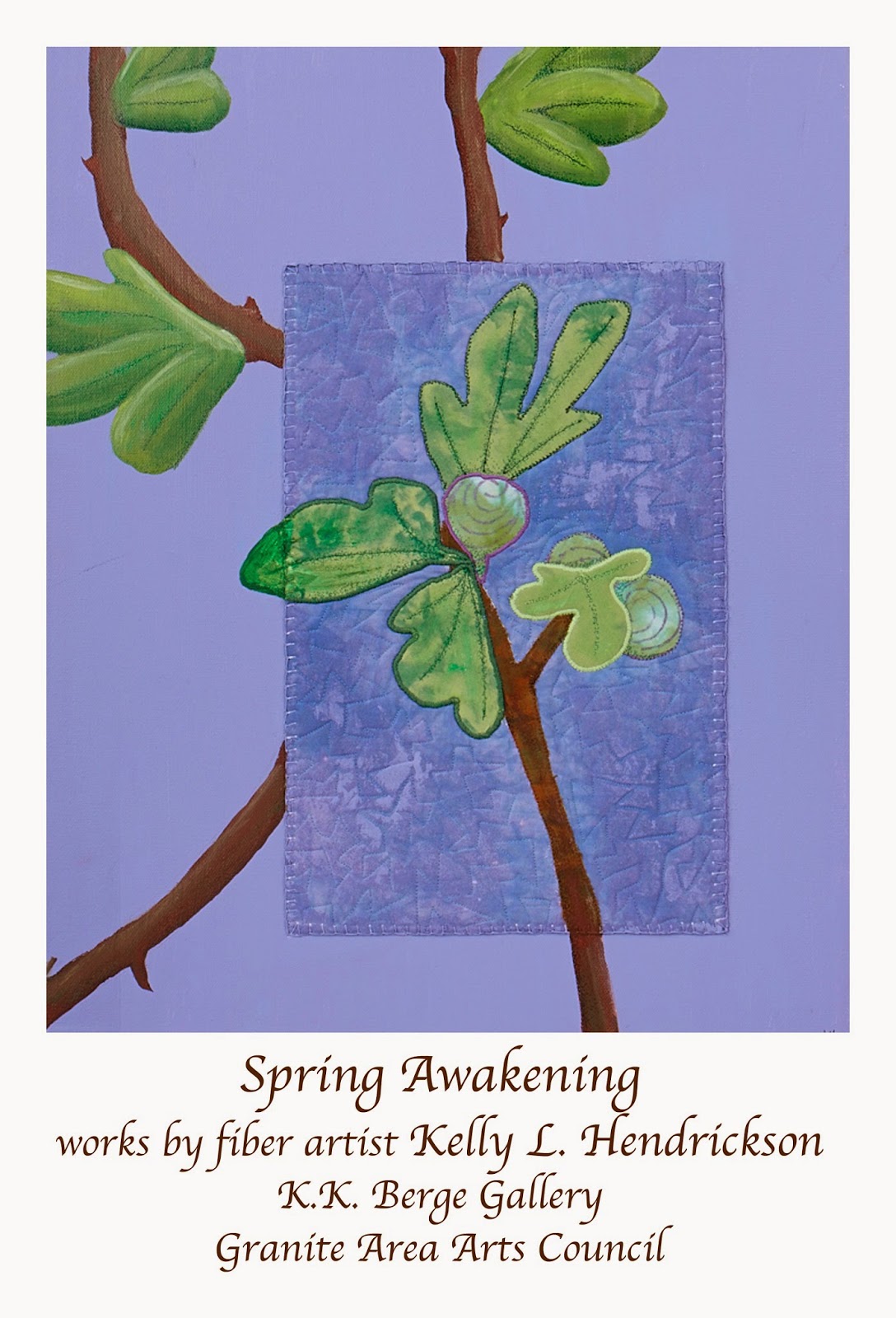